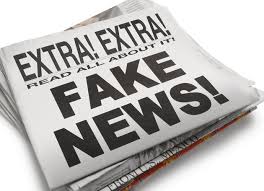 Our Commander-in-Chief has popularized this colloquialism to the point where even the most casual political observer is moved to call into question anything written or spoken by the Fourth Estate.

Skimming over articles about immigration reform, a potential government shut down and the volatile stock market has left this reader hopeful that the upcoming Olympics will steal every headline with stories of courage, persistent dedication and national pride.

But after tossing the paper into the recycling bin and turning off the television, I spent more time than necessary analyzing an article that turned up while continuing my New Year’s resolution of cleaning/purging things from our home.

My Mom’s tenth birthday party was considered part of all the news that was fit to print in the Syracuse Herald Journal’s evening edition of September 10, 1941.

I can’t help but smile at each word of copy and the fact that it appeared in the newspaper at all.  And to think, the very next generation of ten-year-olds would have to stealthily pass out birthday invitations to a select few to avoid brazenly leaving someone out. And the generation after that would be encouraged to invite the entire class just to avoid hurt feelings.

But in 1941, it was socially acceptable to use mainstream media to inform a whole bunch of uninvited 10-year-olds and their parents that they missed out on a table set with birthday cake and water lily candles. That’s hilarious.

I’ve never even heard of a water lily candle. I turned for insight to the all-knowing Google machine, which only succeeded in suckering me into Henri Bendel for their water lily scented candle touted as a great Valentine’s gift. (And I swear I could hear my Grandma Hogan screaming from heaven, “Who the hell would ever spend $30 on a candle? Your Mom’s whole 10th birthday party didn’t cost me that much!)

As I hit “complete order” I whispered to the heavenly voice in my head, “Pipe down Grandma. They’re half-off. It’s a good deal.” Then I opened another storage box and immediately felt guilt-ridden.

These WWII ration books belonged to my Grandpa Frank and Great-Grandpa Sebastian Barthel.

Only three months after my Mom’s newsworthy party, the United States would be thrust into war. Shortly after that, families would have been given War Ration Books. I can’t even imagine grocery shopping using removable stamps for certain rationed items, like sugar, meat and canned goods. When your ration stamps were used up for that month, you couldn’t buy any more of that type of food.

Kind of puts perspective on how not making the cut on a birthday party list paled in comparison to worrying about sending a son off to war or how you would be able to feed your family on rations. I remember my Mom sharing the memory of an Army car slowly traveling down Park Street one summer’s day a few years into the war and stopping at a neighbor’s house to deliver the dreaded news of a young soldier’s death. She said the entire street stood quietly except for the sound of the mother wailing. Decades later, you could still sense how deeply haunted my Mom was by that moment.

Am I over-romanticizing a time in history? Is my mind’s eye falsely envisioning the norm of that era being every American holding God and Country in highest regard? Am I creating an undeserved image of a people who respected authority and an authority who respected the people, the balance of power and the potency of peaceful protest?

A few weeks ago, a paragraph in a Sunday New York Times article caught my attention, as it suggests we are a more tolerant generation, despite what comments on Twitter and Facebook would have you think.

The article referred to “the first wave of European immigrants coming to America to escape the aftermath of World War II, the greatest refugee crisis in the last century. And yet public sentiment was opposed to immigration. More than two-thirds of Americans then objected to allowing Jews and other Europeans into the United States. For comparison, an April 2017 Pew Research Center Poll found that 48 percent of Americans don’t believe the United States has a responsibility to accept Syrian refugees.”

I guess I don’t want to be in 1941 America, but 2018 America is not that palatable either. The Presidential tweets are bizarre and frightening and not reflective of even a minimum standard of professionalism expected for the Executive Office. On the other side of the aisle, I’ve been disappointed by people I have long respected who, in one breath, are inspirationally calling for the rights and protection of all women, and in the next breath mocking Sarah Huckabee for her physical appearance just because they oppose her politics.

You can’t have it both ways.

I drew a little perspective from Notre Dame’s Daily Gospel Reflection this week that focused on a passage from Mark’s gospel where Jesus said, “There is nothing outside a person that by going in can defile…it is what comes out of a person that defiles.”

So while it does matter what Trump says, or Nancy Pelosi or Sarah Huckabee or Harvey Weinstein or what anyone else in this messed up world has to say, what matters infinitely more are the words you choose. We can only enact change through what we say, how we say it and to whom.

I don’t mean to come off as some judgmental holier-than-thou windbag. Seriously, I have so many skeletons in my closet that I don’t even need hangers anymore. They just hold up all my clothes, and the worst part is the skeletons win “Who Wore It Best” every time.

But we, as a nation, need to embrace Michelle Obama’s directive at the 2016 Democratic National Convention, “When they go low, we go high.” We need, as Americans, to embrace the concept of a “kinder, gentler nation” that George H.W. Bush put forth at the 1988 Republican National Convention. We need to embrace my Dad’s directive to “never burn a bridge” and my Mom’s to “always treat others the way you’d like to be treated.”

I need to count the blessings bestowed upon me in 2018 America and share them willingly with an undefiled heart.

And I will attempt to do so, awash in the glow of a grossly overpriced candle. 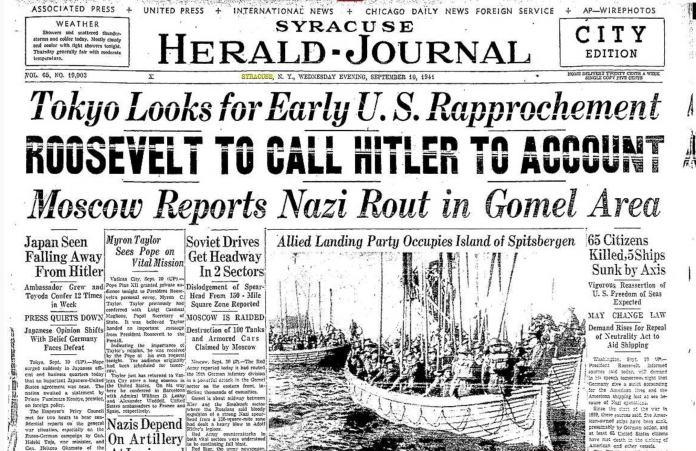 The front page of the same edition that buried the story of Mary Anne Hogan’s 10th birthday party.