Our children are growing up with, literally, the entire world at their fingertips. In a millisecond, technology offers more information than the human brain could ever fully process. Facts, data and details are routinely scanned with a swipe or a scroll.

A study released this week by the non-profit group Common Sense Media, found teenagers spend an average of nine hours a day engaged with electronic media including texting, posting, watching online video and listening to music. That means more than one-third of their days are spent scrolling through Instagram, Facebook and Twitter, clicking Snapchat and swiping through countless other websites and apps.

They have so much information hurled at them…an amount impossible to absorb or contemplate or ever fully consider. So they swipe and they scroll through all they can; grasping some, ignoring most, but on some level, seeing all.

And that is why I worry that we are witnessing the desensitization of a generation.

I’m concerned that the barrage of what they see and hear has numbed them to a point where very little is shocking anymore. Very little horrifies them. So much on the surface is routinely dismissed, but the subtle ripple effect may be impacting an entire generation.

I promise I am not turning into a cranky old lady already. I love technology and all that it can offer me, but I think my pre-internet self allows me that balanced appreciation. In the past week, I counted three strikes against technology that reminded me to continue to foster that balance in my children.

In a moment of truth and self-discovery, I acknowledged it was wrong for me to blame the lack of intensity of my workouts (or, more specifically, my plans to workout) on a boring playlist. Thanks to Home Sharing on our iTunes account, I had a whole host of songs ready to amp up my game.

As I am not that cranky old lady yet, I have a true appreciation for all forms of music.

Or at least I thought I did.

Picture me at the computer, dressed and ready for an epic workout, just as soon as I figure out how to pump up the jam on my workout playlist by replacing songs like Pump up the Jam.

“Hmmm,” I said to myself, “that’s what Macklemore looks like? Oooh, a song featuring Ziggy Stardust. How cool is that? And We Danced seems a nice name for a song.”   (Click. Song begins to play.) “Well, isn’t this a fun beat? I’ll add this…to…my…OH. MY. GOD. What did he just say? What? What the? No. No. No.”

Pure shock over the lyrics must have caused me to black out, and thirty minutes later I found myself on the floor in the fetal position somehow holding a string of rosary beads. And as I scrolled through many more tunes that seemed to have a fun beat, I realized Macklemore was tame in comparison.

I told my girls I had blood dripping from my ears over what Home Sharing had just presented for my listening pleasure.

They laughed, rolled their eyes and pointed out how old most of the songs I was referencing were. My God, the Project X soundtrack was from 2012. Ancient.

So clearly, I’ve failed in the parenting department on music oversight for years. But the point I was trying to make to my girls was that they should be horrified that these lyrics even exist.

But they’re not, and at the risk of going all Tipper Gore on you kids, (look it up) it is unacceptable for a man to talk about women in this way. Aren’t you disgusted? At least enough to not give them any money by buying this crap?

Certainly, you don’t approve of women being so objectified and demeaned by such obscene references. You would never be ok with women being diminished to a sexualized, one-dimensional view…. would you?

Well, apparently, you’re ok with that on Halloween.

Maybe I am that turning into that cranky old lady. Somewhere along the line when I was busy having babies and raising children, Halloween changed for the worst. And I don’t get it.  Since when is it a costume prerequisite to show so much skin? Why do you cave and sideline your creativity to look like a scene out of Pretty Woman (look it up) before Julia Roberts met Richard Gere?

Have you noticed, ladies, while you’ve been busy trying to scandalize everything from cats to mummies, it’s been a one-sided playing field? The boys aren’t dressing up as 1992 Marky Mark in just his Calvin Klein boxer briefs. No Michael Phelps costumes walking around only in Speedos with 18 gold medals around their necks.

You would be so grossed out if that became a trend. I know this because you are (a) disgusted anytime you see how short boys’ basketball shorts were when I was growing up, and (b) clearly uncomfortable at the ballet and suggested longer tunics be required for all men. So why the double standard?

The young women I know are beautiful, creative, smart, funny and filled with hope and promise. Their talents are many and multi-faceted. To choose a path that ignores the many dimensions of who you are and simply over-expose your physical self in such a way, well, it’s not your best look.

You should expect more from yourself. And you should demand more from the world around you. But do you?

This widely circulated video shows an officer violently removing a student from her desk. There have been many questions about the officer and the student in the center of the controversy, but there is a third aspect that should be considered; the other students shown in the video. The students who stayed seated in their desks, who barely so much as turned their heads toward what was unfolding.

Why? Why no reaction? No telling the girl to be quiet? No reaction to the cop’s action? No imploring the teacher to intervene?

I really am not judging the action, or inaction, of students I don’t know in a video that shows mere seconds of a much bigger story. But I can call those few seconds to the attention of my children to say, “I hope you would have the courage to speak up…for whichever side of the situation you truly supported.”

Don’t lose what it really means to live life with #nofilter. You should soak in the experiences around you and be shocked and surprised, horrified and inspired, disgusted and encouraged. What you experience should lift your spirit, warm your heart, inspire you to act and empower you to make change.

Living life through your iPhone screen has the potential to turn you into a narcissist, and lull you into complacency over all the good and all the bad that surrounds you.

End the quest for perfection. Surround yourself with goodness. Project the best, most complete version of yourself. And demand the same from the world around you.

How about you consider those as your #squadgoals? 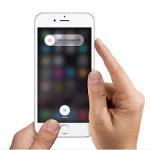