Those just might be my four favorite words from the entire Hamilton soundtrack. And, almost two weeks into the New Year, I find myself repeating them; sometimes as a mantra with the centered calm of one skilled in meditation, and other times through clenched teeth while holding a fistful of booze and scrolling through Facebook.

The First Amendment ensures the privilege to speak one’s mind without fear of censorship, retaliation or societal sanction. I believe it is among the greatest rights afforded us by the Constitution. But like any right, it comes with great responsibility.

When people first began standing on their soapbox, their opinions reached only as far as their voices would travel.   Now, with the power of the internet and social media fueled by a 24-hour news cycle, it’s nearly impossible to escape a diatribe of personal opinion.

Reasoned thought is often buried under blather spewed from the virtual soapbox. You can’t escape it without unplugging or scrolling at carpal tunnel inducing pace, which is what I’ve been doing lately. I am longing for the bygone days of people posting photos of what they had for lunch and mad at myself for ever calling the sanity of such a post into question.

The soapbox has crumbled under the weight of close-minded name-calling, sophomoric humor and downright nastiness.

During the election season, I tried very hard to be open-minded. I read everything from real news sources, fake news sources and the opinions of friends…the real kind and the Facebook kind. As soon as someone invoked some insulting nickname for a candidate, that person’s opinion was no longer of merit to me.

When someone I respected dealt a particularly low blow, or when an argument of issues turned into a personal attack, I called the person out. Never in the comments section for the whole world to see, but in a private email or even (gasp) a hand written note.

But that grew tiresome. I realized I am not the respect police.

I’m sure many might think me ignorant, but the two things that shaped my view of politics were my kitchen table and my television set.

At my kitchen table, my parents would inspire thoughtful conversation and debate. Politically speaking, they were not party people. “We vote for the person, not the party,” they would say, and that resonates within me still today. Our conversations were about the issues and what we could do to make a difference…not what Albany or Washington could or should be doing.

Poverty in our community? Clothing drives and food drives were an ever-present part of our lives. A struggling educational system? My mom volunteered countless hours at a literacy center, and each school year we would clean our bookshelves and donate gently used books to that school’s library. We participated in walk-a-thons, read-a-thons, and we visited shut-ins. We’d take elderly members of our church to doctor’s appointments and, for many years, one man joined us for Thanksgiving and Sunday dinners. This lonely man was a hoarder with soiled clothes and an awful odor. Around our dinner table, we were taught to respect everyone. Everyone. No matter their color, creed or station in life.

After I left the kitchen table and turned on the television, it was what I saw and heard there that really impacted my impression of the leader of the free world. I learned it was possible to respect an office, but not necessarily admire the person.

My earliest recollections are of President Nixon. I remember the Watergate hearings taking the place of what should have been MY television shows and being told that the President did something very bad.

The seed had been sown.

President Ford was portrayed as a bumbling idiot who would trip over his own feet. He was followed by a peanut farmer from Georgia with a beer drinking brother and the potential to embarrass a nation. Then came the jelly bean eating divorced actor from California who co-starred with a monkey. Followed by a man who was a war veteran and former director of the CIA yet somehow always characterized as weak. Next up the philanderer; then the frat boy who was just riding his father’s coattails and finally, the community organizer turned Senator who was not ready for the world stage.

As long as I’ve been alive, there has been disdain for the Executive Branch. But when the soapbox stretched to cyberspace, the chorus of critics swelled to a deafening decibel.

People quickly share a post, but have they done their own research behind the claims? Supporters from both sides of the aisle mock and joke and create disparaging nicknames for people who are giving their lives to public service.

Truth is, each of these presidents accomplished great things when in office, despite the naysayers. But when I look at my personal history, the Executive Branch has had infinitely less impact on my life story than any branch of my own family tree.

In my professional career, when I was entrusted with the great responsibility of hiring people into a company, I paid no mind to race, color, creed or sexual orientation; not because the government told me so, but because that was the lesson taught at my kitchen table and repeated at the kitchen table my own children have grown up around.

Yesterday, I scrolled past posts and reposts from angry Republicans, Democrats and Independents until I finally came upon one from our church showing the multitude of donations delivered to a Warming Center our parish is staffing for the homeless this week.

So to those of you endlessly complaining and name calling like a petulant child, I challenge you to step away from your keyboard and, instead, share those things you are actively doing to bring positive change in the world. And I pray our President-Elect will do the same. 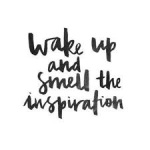